The recent announcement by LIGO that they detected gravity waves for the first time is a triumph not just for the predictive power of physics, but also for the feat of design and engineering required to make the most sensitive machine ever built.

As predicted by Einstein, the equations of general relativity allow for a “wave solution” in which the fabric of space-time ripples outward from moving massive bodies. LIGO uses interferometry to detect these disturbances. In this case, two black holes were observed merging after spiraling inward. 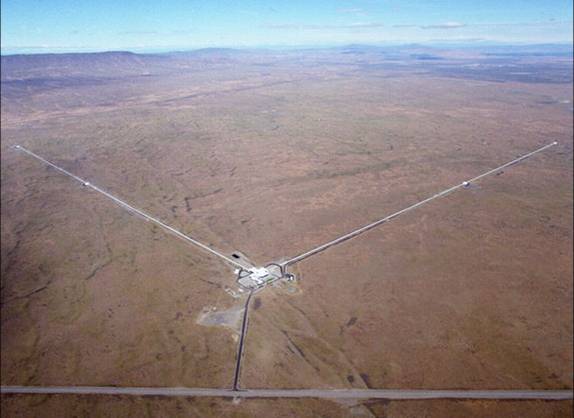 Consider the incredible range of time and length scales involved:

Two black holes started with 36 and 29 times the mass of the sun.  About three Solar masses were converted directly into 10^47 Joules of gravity wave energy, creating a single black hole with a mass of 10^32 kg. The merger occurred 1.3 billion years ago, 8 sextillion miles away.

The final inward spiral took less than half a second. The LIGO detector is sensitive to changes in length less than one part in 10^21. This translates into size changes of 10^-18 m, smaller than the width of a single proton.